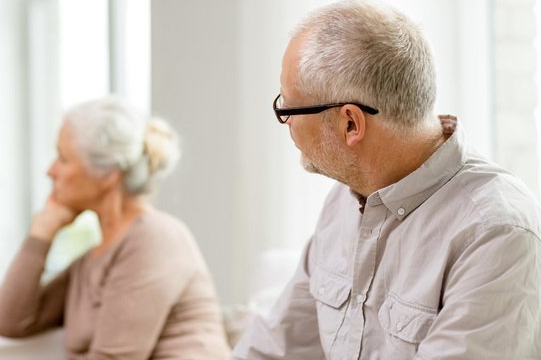 While divorce is becoming less common for younger Americans, among adults age 50 and older, the divorce rate has roughly doubled since the 1990s, according to data from the National Center for Health Statistics and the U.S. Census Bureau. In 2015, for every 1,000 married person age 50 and older, 10 divorced, versus five in 1990. This means that family lawyers today may be coping with a very different range of issues than those that confront younger couples, in addition to the complexities inherent in unwinding a 20- or 30- or 40-year relationship.

Although some of these divorces among AARP qualifiers are occurring in second, third, or fourth marriages that are not of long duration, the majority involve long-term marriages. Why are so many older couples calling it quits and why are they waiting so long to take action?

In some cases, the marriage has been an unhappy one for many years or perhaps never worked very well, but couples stayed together “because of the children” or to maintain a social image that served their business interests or their status in the community. These justifications tend to lose force as couples get older and are facing their “golden years” stuck in an uncomfortable, unhappy partnership.

In other cases, the marriage once worked well but something has changed. Perhaps there has been a change in the behavior of one partner. Is one of the spouses suffering from a medical condition that impacts behavior? If the mental capacity of a senior client is questionable, an entirely different conversation needs to occur with an expert probate and guardianship attorney.

Perhaps retirement has radically altered the dynamics of the marriage. There may have been infidelity. One spouse may be chasing a vanished youth by seeking a younger partner. Medications aimed at treating erectile dysfunction (sometimes described as “granny abuse”) may play a role in upending the relationship.

Or it may be simply, as one 80-year-old described it: “I don’t want to die married to this man.”

Whatever the reasons for the divorce, the family lawyer quickly realizes that the concerns and needs of both parties will vary significantly from those involved in a divorce at an earlier time in their lives. For one thing, the estate that exists now for this couple is probably all there is going to be. They cannot count on substantial additional income or new sources of income in the future.

A 40-year-old CEO may be willing to be generous to a departing spouse, knowing that she will make much more money in the future. A 65-year-old spouse cannot expect the same kind of additional largesse beyond the return on investments already made.

Older couples who are divorcing also need to consider very carefully a variety of concerns that may not trouble younger divorcés to the same degree:

What if both spouses have been paying premiums for term life insurance for 20 or 30 years? Will a new spouse now receive the benefits on the death of the insured? If a divorcing spouse can no longer afford to pay premiums on life insurance, will that spouse, perhaps at an advanced age, even be able to acquire new, more affordable insurance? A younger spouse would be able to discard a term policy, but older persons may see the intrinsic value of maintaining the policy. Overall, the cost of health insurance, supplemental care and uninsured medical expenses require serious investigation and valuation.

There may also be extensive issues involving children, grandchildren, even great-grandchildren. In today’s complicated, multigenerational and blended marital relationships, the divorce may need to take into account her descendants, his descendants and their descendants. The issue is not only which partner gets what today, but which descendants may ultimately get what in the future. Careful estate planning may be required, in addition to the valuation of all assets, etc., in conjunction with the divorce.

As people are living longer, they are less likely to put up with a bad situation that sours the part of life that they had perhaps planned to enjoy most, once they were freed from workplace obligations and the needs of growing children. Who wants to travel, enjoy new experiences, and spend time with grandchildren saddled with a companion who is a constant annoyance? Family lawyers should be aware that elder divorce is likely to continue to increase and will require a different approach and additional tools than divorces that occur among younger couples.

Susan Myres is a board-certified family law attorney who has been practicing in Houston for over 35 years. She has served in leadership positions locally, statewide and nationally, and is currently president-elect of the American Academy of Matrimonial Lawyers.