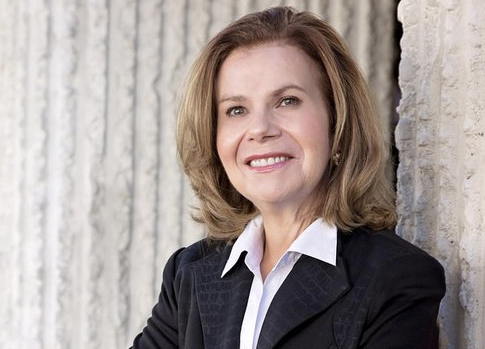 The Massachusetts Supreme Judicial Court recently issued a ruling that, if it starts a national trend, could undermine any hope of maintaining public civility between divorcing spouses, even when a child is involved. Ronnie Shak and Masha Shak were married for only 15 months, but the union produced a son, born in 2017. According to court records, Masha Shak subsequently filed an emergency motion to remove the father from the marital home because of his aggressive physical behavior, “roughly grabbing their child and throwing items at their neighbors.” A judge ordered the father to vacate the home and issued temporary orders granting the mother sole custody of the child.

Soon after, Ronnie Shak began posting extremely negative and offensive comments about his son’s mother on Facebook, claiming that she was attempting to prevent him from seeing the child. At one point he called her an “evil liar.” He set up a GoFundMe page titled, “Help Me Keep My Son,” and asked their mutual friends to unfriend her. He also shared his posts with Masha Shak’s rabbi, assistant rabbi, members of her synagogue and even her business clients.

Two different judges crafted orders banning the father from posting these negative remarks about Masha Shak on social media—in the case of second order—until the child turned 14. When Ronnie Shak continued his postings without letup, Masha Shak sought a contempt citation against him.

In Texas it is not unusual for family lawyers to request that a mutual nondisparagement injunction be included in both temporary and final divorce orders. Whether these orders can be enforced depends on many factors. When there are clear, unambiguous orders, a judge is very likely to hold an ex-spouse in contempt if the orders are violated, particularly if children are involved.

Ex-spouses may choose to whack at each other all they please on social media, presenting an unedifying spectacle to all their friends and relatives. But there is a whole new level of potential harm when a child is involved. No child development expert, no therapist, no psychologist or psychiatrist will say that it is good for a child for one parent to bash the other one virtually when there is a possibility that this will impact any children involved.

The child in the Shak case, who is currently only a toddler, will quickly grow old enough to hear and understand when his friends are whispering that his parents called each other unsavory names again on Facebook. Or will mutual friends simply avoid the child for fear of angering a parent or getting entangled in the battle? Will he miss out on playdates? Will she be left out of birthday parties because no one wants to deal with her parents? Normal people generally avoid high-conflict, toxic families who are acting out in socially inappropriate ways, even when one of them may be innocent of wrongdoing.

A parent’s livelihood can also be affected. Outrageous comments can alienate employers, co-workers, vendors and customers. There may be grounds for a suit for interference in business relations.

The Massachusetts Supreme Judicial Court ruled unanimously that the nondisparagement orders in the Shak case were “an impermissible prior restraint on speech” and were therefore unconstitutional. Justice Kimberly S. Budd wrote the opinion in which she said that prior restraint is only acceptable when harm is immediate and cannot be prevented by any means other than suppressing free speech rights.

However, she added, “The potential [italics mine] impact on a child’s mental health at some point in the future does not meet that high legal threshold, especially in this case where the child cannot on his own access social media and when no information has been produced showing a current link between Facebook postings and proof of an emotional harm to the child.”

In other words, must Masha Shak wait until she has proof that the child has been emotionally damaged by the father’s postings before she can stop him? Perhaps the judge was correct in that no evidence was presented in this case to show how children are immediately harmed when parents are permitted to behave in this fashion.

What options are left for the mother in the Shak case? Perhaps she could sue for defamation. She could sue for damages to her business relations. She could seek a harassment prevention order. The family court judges in the case could communicate to the father that his constitutional decision to assault his child’s mother online indicates he does not act in his child’s best interests and could affect custody rulings. (Fortunately, most good parents don’t need to be told this.)

Budd admonished the Shaks and other divorcing couples with children to “rise above acrimonious feelings” and “refrain from making disparaging remarks about one another.” Within 24 hours following the court’s ruling, Ronnie Shak, now completely unleashed, went right back to posting negative comments about Masha Shak on social media.

Susan Myres is a board-certified family law attorney at Myres & Associates. She has been practicing in Houston for over 35 years and has served in leadership positions locally, statewide and nationally. She is also the current president of the American Academy of Matrimonial Lawyers (AAML).

Reprinted with permission from the March 09, 2021 edition of the Texas Lawyer © 2020 ALM Media Properties, LLC. All rights reserved. Further duplication without permission is prohibited. ALMReprints.com – 877-257-3382 - reprints@alm.com.